We have had a fantastic year being your committee, representing you to the university, to Oxford and to everyone on social media, and hosting a massive range of events for everyone to enjoy! We wanted to say a huge thank you to everyone who’s attended our events, shared our content on social media or participated in the many discussions we’ve had – you are what makes the Society work, grow and be a wonderful space for LGBTQ+ students at Oxford! We thought it would be a great idea to recognise all our achievements during our time on committee and hold up the fabulous work LGBTQ+ Society members have done to make our lives that little bit brighter at Oxford.
Soc has taken a more ‘campaign-orientated’ role in Oxford this past year, moving away from being a purely social and welfare society and towards using its outreach and funds to support important causes in the university. While non-identity related campaign issues fall to the LGBTQ+ Campaign, e.g. academic freedom of speech, Soc has consciously got more involved in issues of LGBTQ+phobia, previously considered too “political” for the Soc. Issues pertaining to our identities have been seen as basic rights, rather than inherently political. As such, we have been running events such as our GRA [Gender Recognition Act reform] campaign and working closely to support the Campaign. We have taken the new approach that this falls under our remit: if we are not tackling the inequality faced by LGBTQ+ students, we cannot call ourselves a welfare society.
Consistent with this emphasis on improving LGBTQ+ life at the university, we have set up the LGBTQ+ Society/Campaign Service. This is a group of Soc and Campaign reps who offer to help anyone in our community who needs our assistance campaigning for better provisions. For example, we help college reps to obtain gender expression funds or gender neutral toilets. We’ve also been trying to make the jobs of the college reps easier, creating a wealth of resources on our website.
This year LGBTQ+Soc has seen a significant amount of growth, setting up new events (e.g. a women*’s club night, non-binary events, men’s socials, freshers events), new welfare spaces and seeing higher turnout than ever before. We’ve made some good steps towards making soc a more inclusive space, setting up identity specific pre-drinks so that everyone has people to show up to drinks with and also offering prizes for the reps who bring their college groups to drinks the most! With all of that said, thanks to you all for a brilliant year, and we wish the next committee all the best for the year to come!
​
-Your LGBTQ+ Society committee, TT18-HT19

​Nina, our brilliantly organised IT rep, has done an impressive job improving navigation and accessibility on the website by adding a search function and added a text based site map. She has also been instrumental in keeping the welfare sections of the website up-to-date and designed the logo for the new LGBTQuties Compliments page on Facebook. Thanks to Nina, communication via the mailing list has been greatly improved and is now much smoother and the rest of committee has relied on her rapid and patient tech support! 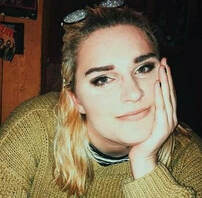 ​Flora, Publicity rep, has increased LGBTQ+ Society’s engagement with the wider Oxford community by working to promote events by other organisations. She has maintained an excellent response rate on social media and helped to promote the society’s activities in a variety of student magazines and papers. With the help of Nina, our emails have been reformatted to make sure they’re as clear and effective as possible. 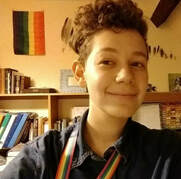 ​This was the first year our committee has had Faiths reps, and so Mim and Josie tried to help build community and support networks via a secret Facebook group, and events including welfare teas and film nights. 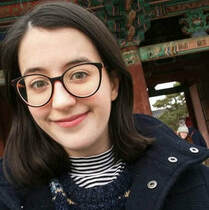 They’ve also collaborated with some faiths societies, are running a panel on Gender Diversity and Religion, ran LGBTQ+ 101 sessions for chaplains, and created resources on organisations and places of worship for LGBTQ+ people of faith. 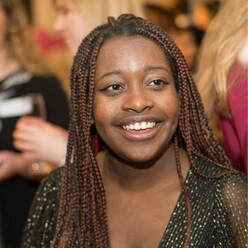 ​Our Racial and Ethnic Minority (RaEM) reps Ashar and Tracey have really focused on events that provide basic welfare and socialising, though the latter has been the biggest 'seller'. They’ve hosted several teas and small discussion groups with nibbles, as well as the 'Cross-Cultural Cuisine and Chill' and other socials done as collaborative events with the International reps. 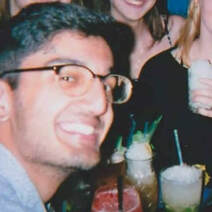 ​Ashar helped with the Identity and Faith panel discussion organised with the Faith reps, being on the panel himself. They’ve begun to do some work with campaign, such as the current series of events, such as 'Colouring the Rainbow' and other events targeted at LGBTQ+ identifying people of colour. 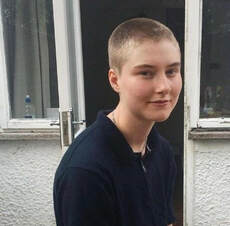 Another brand new committee position, Elliot has been working hard as Class rep to break down financial barriers to accessing LGBTQ+ Society events/services. Glitterball now has a system in place for subsidising tickets for low-income students and through the Society/Campaign service they’re pushing for all colleges to have gender expression funds! Very soon a Facebook group will be launching for all working class, low income and first-gen students to connect, share events and work out where more work needs to be done!

​Kathleen and Mick felt that before they become our wonderful International reps, neither of them felt like there was much of an international community.

​The most rewarding part of their role over the last year has been helping to foster that community, particularly creating a space where international students from so many different backgrounds can come together. They have found it especially nice seeing regular faces at every international tea and getting to know so many great people. 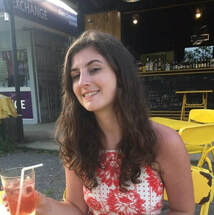 ​Through her role as Bi/Pan rep this year, Liberty has managed to really grow the engagement of the Oxford bi/pan community with LGBTQ+ Society through regular pizza and drinks events. She has seen the formation of a group of regular attendees as well as lots of new faces. We are particularly pleased that the number of men* attending has really increased. 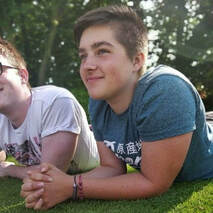 Iona has done an excellent job as Ace/Aro rep in providing a welfare space for the ace/aro community here in Oxford every week through ace tea! They involve plenty of tea varieties and snack opportunities, and some really interesting discussions around ace/aro experiences. This has been a really important event for our cosy ace community to meet and chat and we thank Iona for their hard work in running these relaxed and personal events. 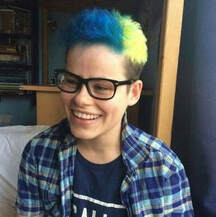 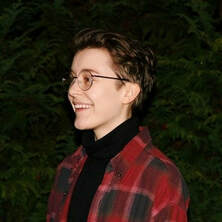 This year they organised a trip to Trans Pride in Brighton and reimbursed travel expenses, and they also fundraised £150 for the charity Action For Trans Health for Trans Day of Remembrance. Leo has continued running Questioning Teas with help from some of the other reps. Leo and Cody are both proud to have diversified events for the trans community in Oxford and hope to see more exciting events under the next trans reps! 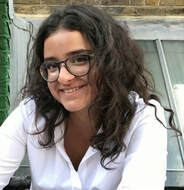 ​Maria, our Women’s Officer, has organised 4 women*’s drinks a term which have all had a lovely energy in the room and have had a great turnout. This is a crucial space for LGBTQ+ women* and non-binary people to feel comfortable as well as have lots of chats and laughs (and pizza). She also organised CAKE, Oxford’s only queer women* club night, in Plush which was really successful. 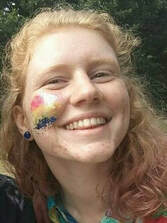 ​As Welfare reps, Laura and Jack hosted a successful welcome brunch at the start of each term, especially the ‘meet the parents’ event for the LGBTQ+ scheme in Michaelmas. During Michaelmas they also trialled the first ever ‘pidge a parcel’ welfare system which was a fabulous success. 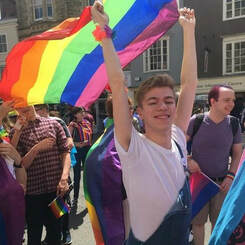 ​Other events have ranged from open mic nights, to board games, to pumpkin carving, and are each a really fun way to meet other LGBTQ+ people in a friendly, relaxed way. They have set up a new welfare working group to get greater involvement from the community, who pushed forwards the compliments page, LGBTQuties. Laura also organised a PrEP information event (coming soon!) and collaborated with Sexpression to provide a ‘sex ed you missed at school’ event. 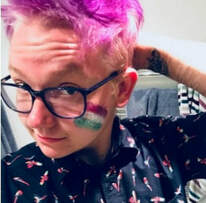 ​Quin, our Disabilities officer, has worked hard to continue the community of LGBTQ+ and disabled students here at Oxford, through DisabiliTeas and trips to G&Ds by Soc. They ran numerous events which contributed massively to the disabled community’s participation in LGBTQ+ Soc this year, and they were also an invaluable point of contact for welfare support. Quin also assisted with Twelfare, Men* and Non-Binary socials, and Questioning Tea. 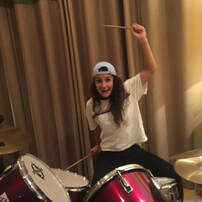 ​Maria, our Social Sec, and Nic, Junior Social Sec, kicked off the Trinity with a college reps garden party and have since worked tirelessly to continue providing the Tuesday drinks event every week!  Nic has succeeded in strengthening the college reps network and worked with Leo to get Men*’s and Non-Binary Socials up and running as an alternative to Tuesday Drinks. It has been amazing to be able to create this space for another section of our diverse community. 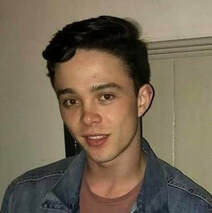 They have overseen the College Reps Monitoring Group, which paired new college reps with a Soc committee member to give them information about the role and put them in touch with other college reps to organise things like crewdates, pres for Tuesday Drinks, and other socials. There’s been really great feedback, especially from freshers who were able to integrate more quickly into the inter-college and university wide LGBTQ+ community because there were so many different events going on. 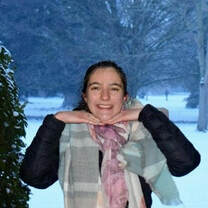 ​This year Eilidh, our Treasurer, has worked really hard with our sponsors to expand our budget, allowing the funding of multiple community projects through the Community Fund to aid LGBTQ+ people in Oxford. She has organised the growing budget for all of our many reps in a continuously expanding committee to allow around 5 events to run consistently every single week. Her hard work has allowed money to be put into an LGBTQ+ Counselling group which has just been set up, and LGBTQ+ Society is no longer running a deficit! 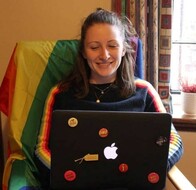 ​As Secretary this year, Imogen’s most exciting project was definitely the Rainbow Parent scheme, which involved organising LGBTQ+ students across all years into family units, much like the college parent scheme. She ended up co-ordinating about 300 people and found it so much fun getting to know everyone and matching people together. We’re now working to elect our next committee, and Imogen is looking forward to seeing what the next secretary will do with the project! 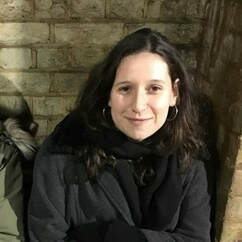 ​Last but by no means least, our President Ellie has been super busy this year! She has worked with Laura (Welfare Rep) and Cody (Trans Rep) to set up the LGBTQ+ specific and trans/non-binary/intersex specific therapy groups – the first in Oxford. Following the findings of the trans report and also feedback relating to counselling in Oxford for LGBTQ+ people, this felt like one of the most important things we could do this year. Ellie has worked with Maria (Women’s Officer) to set up and run CAKE, the first queer women*’s club night in Oxford. The first sold-out event saw the LGBTQ+ scene extend beyond Plush, with a new venue and a whole new atmosphere to go with it. Ellie has really driven the Society to take a more campaign-oriented role and push forwards change that will benefit the welfare of the LGBTQ+ Community here in Oxford for years to come.