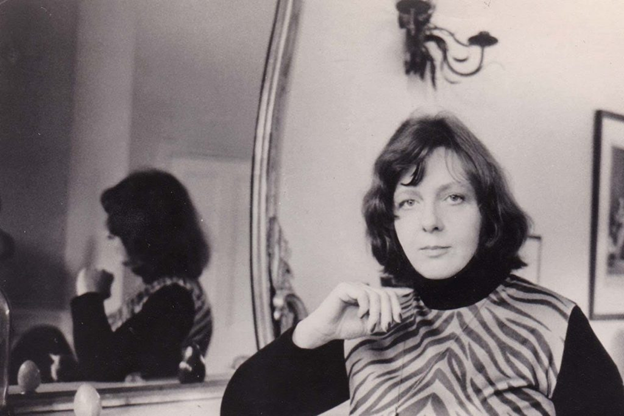 Brigid Brophy during her time at Oxford

Novelist, essayist, and biographer Brigid Brophy (1929-1995) entered St Hugh’s to study Classics in 1947. She was sent down in her second year for ‘unspecified offences’, variously rumoured to be drunkenness in chapel or lesbianism. After her expulsion, Brophy worked as a secretary to a London pornographer, among other odd jobs, and began to write fiction.

Married in 1954, Brophy’s views favouring bisexuality and opposing monogamy and institutional heterosexuality was a cause célèbre in the British press and literary circles. Following the death of Iris Murdoch, an affair between the two women has been made public. Her social and sexual concerns are recurring themes in novels such as The Finishing Touch (1963), a tale of romantic misadventures in a lesbian-run school for girls on the French Riviera. It pays homage to the novels of Ronald Firbank of whom Brophy also wrote a biography, Prancing Novelist (1973). She also wrote biographies of Aubrey Beardsley and Mozart. She was diagnosed with multiple sclerosis in 1984; the condition eventually took her life.

The following is reproduced from an interview with Brophy in Isis, 11 March 1973:
Why were you sent down?
‘They weren’t prepared to say. I didn’t set out to break any rules. I seemed to have broken the unwritten, rather than the written rules – which is always a more frightening, Kafka-like situation. I don’t know what I did wrong, except that I was very innocent and it never occurred to me that anyone would object to one’s activities.’
What effect did this have on you?
‘A shattering one. I wasn’t at all sure I was going to be able to earn a living as a writer – and suddenly to learn you aren’t going to be able to take a degree is like having your future cut off. I wanted to feel I had something to fall back on. In fact it made me determined to work harder, to show that I wasn’t the socially valueless person that they made out. In this respect how many less determined women it has completely shattered through its narrow-minded attitudes.’
Was there any value to your time in Oxford?
‘The people I met. They had some sort of intellectual structure to their thoughts and possibly to their lives. Mixing with people who are clever in a different way from oneself forces some sort of analysis of one’s own mind. It was also valuable in that I enjoyed Oxford. I had a whale of a time, in the way in which if one has too marvellous a time one ends up occasionally miserable and hung over.’
Did you in the midst of all this activity, do any creative writing or journalism?
‘No I didn’t have time. I was out at a party every night. Also, I didn’t feel sure enough of myself: I still believed everyone to be infinitely cleverer and infinitely more original than myself. I hadn’t done any writing for some years, I was too perfectionist. Oxford certainly didn’t encourage me or help me to get over this difficulty, it just frightened me more. It was only after leaving Oxford that I began to write. In my day Oxford was the educational instrument of the establishment, determined to kill off originality and anything else disturbing and revolutionary: it tried to kill me off.’ 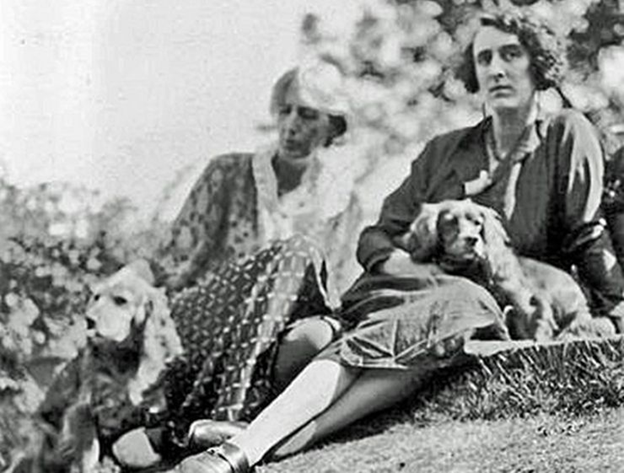 St Hughs was also the sight of a rare lecture by Virginia Woolf on 18th May 1927 about poetry and fiction. Her friend and lover, Vita Sackville-West accompanied Virginia to Oxford for this lecture and they stayed the night together at the Clarendon Hotel, which stood on the site now occupied by the Clarendon Centre on Cornmarket St. Two notable passages written by Woolf about the experience are as follows:

‘I went to Oxford to speak to the youth of both sexes on poetry and fiction. They are young; they are callow; they know nothing about either—They sit on the floor and ask innocent questions about Joyce—They are years behind the Cambridge young, it seemed to me.’

‘Then there was Vita, very striking; like a willow tree; so dashing, on her long white legs with a crimson bow; but rather awkward, forced indeed to take her stockings down and rub her legs with ointment at dinner, owing to midges—I like this in the aristocracy.’

NEXT CLUE
Jeez, museums are the Pitts! We never made it past the entrance gate…
(Scroll down if you need more help).

Hint 1: Pitt Rivers
(Scroll even further if you need another hint)