​scroll to the bottom of the page for the next clue - and remember to take a picture of the location to send to us once you have completed the hunt!


Every Oxford college has a queer past but Wadham has many. Queerness is even built into the architecture at Wadham. Towering over the Front Quad is queer King James VI of Scotland / I of England (1566-1625). King James VI/I visited Oxford at least once during his reign—he is purported to have gotten drunk with undergraduates—and is the official founder of Pembroke College where there is another statue of him. 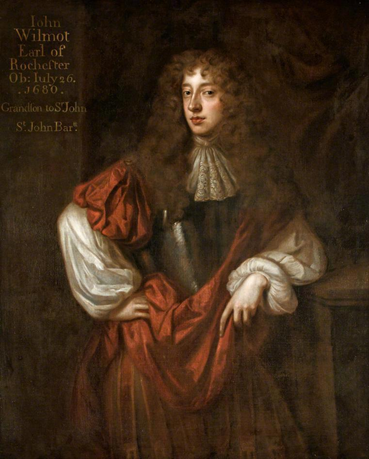 John Wilmot, 2nd Earl of Rochester (1647-1680), infamous libertine and friend of Charles II, is the first of a long line of Wadham graduates who have earned the College the endearing nickname ‘Sodom College’. Born in Ditchley in Oxfordshire and schooled in Burford, Wilmot matriculated as Fellow Commoner at Wadham, aged 12, early in 1659 although he did not attend until January 1660, by no means unusual for a nobleman. He showed some talent for English verse and penned some memorable poems, his first pledging allegiance to the new king. Still, it was said that Wilmot ‘soon grew debauch’d’ at Wadham. Oxford’s numerous pubs and brothels, elated by the demise of Puritan rule and the restoration of the monarchy, would have provided the young and impressionable aristocrat ample opportunity for all manner of indulgences. The homoerotic potential of Oxford’s monastic community which purposefully accommodated scholars and youths together in shared rooms, sometimes shared beds, may have appealed to the young Wilmot. His lasting interest in sodomitical pleasures was possibly encouraged by his mentor at Wadham, Robert Whitehall (1625-1685), an undistinguished scholar and poet and a renowned drunkard who happily declared that he inhabited ‘Bachelor’s Row’.

In September 1661, aged 14, Wilmot was conferred with a master’s degree (for no good reason). Following his graduation, Wilmot presented Wadham four silver pint pots. Unfortunately, the College no longer has them.

Having left Oxford, Rochester established himself as the epitome of the bisexual libertine for whom pleasure and excess were the only arbiters of sexual activity, the gender of the participants being mere detail. At once reviled and celebrated, his work runs the gauntlet from the most moving poetry to pornographic satire. His poem The Debauchee, is typical:

I rise at Eleven, I dine about Two
I get drunk before Sev’n; and the next Thing I do,
I send for my whore, when for fear of the Clap
I fuck in her hand, and I spew in her Lap;
Then we quarrel and scold, ‘till I fall asleep,
When the Bitch growing bold, to my Picket does creep;
Then slily she leaves me, and t’revenge the Affront
At once she bereaves me of Money and Cunt.
If by Chance then I wake, hot-headed and drunk
What a Coil do I make for the Loss of my Punk?
I storm, and I roar, and I fall in Rage,
And missing my Whore, I bugger my Page.
Then Crop-sick all Mornng, I rail at my Men,
And in Bed I lie yawning ‘till Eleven again.

Wilmot indulged in all the libertine excesses afforded by the Restoration court until his death at the age of 33. It is generally believed that he died from various venereal diseases combined with the effects of alcoholism. He is buried at Spelsbury Church in Oxfordshire.

NEXT CLUE
Are we nearly there yet? *sighs* can’t you bridge the gap between these clues any faster?
(Scroll down if you need more help).

Hint 1: Oxford’s most famous bridge
(Scroll even further if you need another hint)


Hint 2: Look behind the map